Our commitment to providing efficient and effective police services comes only second to ensuring open-two way communications between our Police Department and those we have sworn to Protect and Serve. Our ability to maintain your trust and cooperation is the cornerstone of our success. The uniformed members of the Patrol Services Division actively patrol and respond to calls for service throughout the city.

The officers are responsible for the preliminary investigation of crimes and are primarily responsible for the majority of all arrests. The Patrol Division is comprised of two commands: North Command and South Command. Each command is supervised by a Lieutenant and the day to day supervision of the individual squad is conducted by Sergeants. The entire city is divided into six sectors: Adam, Baker, Charlie, David, Edward and Frank.

Officers are geographically deployed and their assignment is to a specific area of town, for a designated amount of time, thus allowing the officers and the residents to become familiar with each other and it makes for a greater sense of personal accountability of the officers for their respective areas. This division is also responsible for the safe movement of vehicles and people throughout the City. Each command has a number of traffic officers assigned to day and night watches. 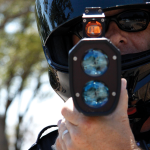 The Traffic Officers are responsible for facilitating the safe movement of traffic throughout the City of Georgetown. The Traffic Officers utilize and patrol cars. Officers also utilize other resources to help with traffic mitigation, including a Time Mark traffic counter, a decoy car, and a Kustom Signals SMART trailer.

To compliment traffic enforcement, Officers conduct pro-active responses to traffic complaints and issues in residential areas and city roadways by utilizing all available resources. The Officers also support public education as an important strategy in changing driver’s attitudes, and providing a safe environment on public roadways.

The Court will issue a warrant when:

You fail to comply with the Orders of a Judge

You do not complete a payment plan or fail to make payments as promised.

Persons with outstanding warrants are subject to arrest wherever they may be found, including your home, work, or school.

Officers are assigned to geographic areas called “Beats” and work within these beats to familiarize themselves with the numerous residents and safety issues specific to their assigned areas. Officers are divided into four squads in each command and work twelve-hour shifts.

In addition to their time consuming activities at work, many officers have volunteered their time off to activities that improve Georgetown’s quality of life. Such activities include, but are not limited to, the Criminal Justice Field Day, the Red Poppy Festival, and the Annual Christmas Stroll. 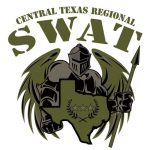 The cities of Georgetown, Leander, Cedar Park, and Pflugerville Police along with the Georgetown and Cedar Park Fire Departments comprise the Central Texas Regional SWAT Team.  The Chiefs of Police and Fire from these cities realized the importance of a collaborative effort to create a competent and proficient tactical team including well trained negotiators and tactical medics.  With the growing demands for tactical response in all four of the rapidly growing cities, the joining of resources into a single, fully functional tactical team benefits each department and the communities they protect and serve.

CTRS began the selection process in June of 2014 in anticipation of creating the team.  Members from the three founding cities, Georgetown, Leander, and Cedar Park (Pflugerville joining in 2019), went through testing and evaluation that lasted approximately 9 months.

Consisting of highly qualified personnel who use the latest technology and operate from a “best practices” framework as set forth by the National Tactical Officers Association and the Texas Tactical Peace Officers Association, the team is trained in handling high-risk operations, i.e., hostage situations, high-risk arrests, barricaded persons, search warrants, dignitary protection, and other special incidents.

The mission of CTRS is to preserve life in all situations using specialized training, equipment, vehicles, and tactics in a professional manner that inspires confidence in our communities.  All operations are conducted with the highest regard for the preservation of life with the commitment to the safe resolution of all high-risk situations. The team approaches each situation in a professional and controlled manner, with an emphasis on a negotiated resolution.

Members attend the best available specialized training in developing the skills of each team member. Team members approach their duties with a high level of confidence, motivation, flexibility, and patience.  They acknowledge their dependence upon one another and work as a team in an atmosphere of trust, confidence, and open communication.

Michael Simpson, M.D. (US Army Ret) is the team medical doctor and brings a vast number of years of tactical and medical experience/knowledge to the team.

The selection process for tactical officers, negotiators, and medics is extremely challenging, both mentally and physically.  Tactical Dispatchers round out and compliment the team with their specialized training and understanding of the operational challenges.

What does our CTRS patch symbolize?

The Guardian: Represents the noble warrior, defender and protector.

The Armour: Protects the heart, mind and soul of those chosen to wear it. It is only worn by those willing to bear its weight.

The Wings: Symbolizes the “Guardian Spirit” within all those who are called to protective service.

The Spear: Represents the weapons that are sometimes necessary to preserve life, a value that some have little regard for.

The Great State of Texas: We defend her people, her laws and her honor with vigilance and courage.

The Three Stars: Represents the three founding agencies of CTRS (Leander, Cedar Park and Georgetown) and the principles of discipline, integrity and teamwork.

The Olive Branches: The symbol for peace-it is our goal to resolve all operations in a peaceful manner, with no loss of life. 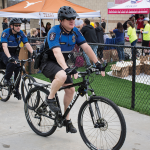 The Bike Patrol consists of officers trained in Police Bicycle Patrol Tactics. The primary function is to provide a visible presence to the community without the barriers of a patrol car, and to provide stealth patrol in high crime areas. They patrol primarily on the Hike and Bike Trails, downtown, parks and neighborhoods. They also provide additional security for special events such as, Chase the Chief, Red Poppy Festival, Fourth of July Celebration, and the Christmas Stroll.